Dade County is a political subdivision of the State of Georgia. It was created for civil and political purposes, and acts under powers given to it by the state. The county's governing authority is the Dade County Board of Commissioners. Dade County is divided into four districts and the chairman is elected at large. Four commissioners are elected by district for staggered four-year terms. The county is managed on a day-to-day basis by the chairman of the county commissioners, who also carries the title of county executive.

All county commission meetings are open to the public, except for items allowed to be discussed in executive session. All meetings follow the same agenda format, and generally follow Robert's Rules of Order for public meetings. The preliminary agenda for the County Commission is prepared the week before the meeting and posted on the county web page. Participation in meetings by public-spirited residents is encouraged.

View Most Recent Agendas and Minutes 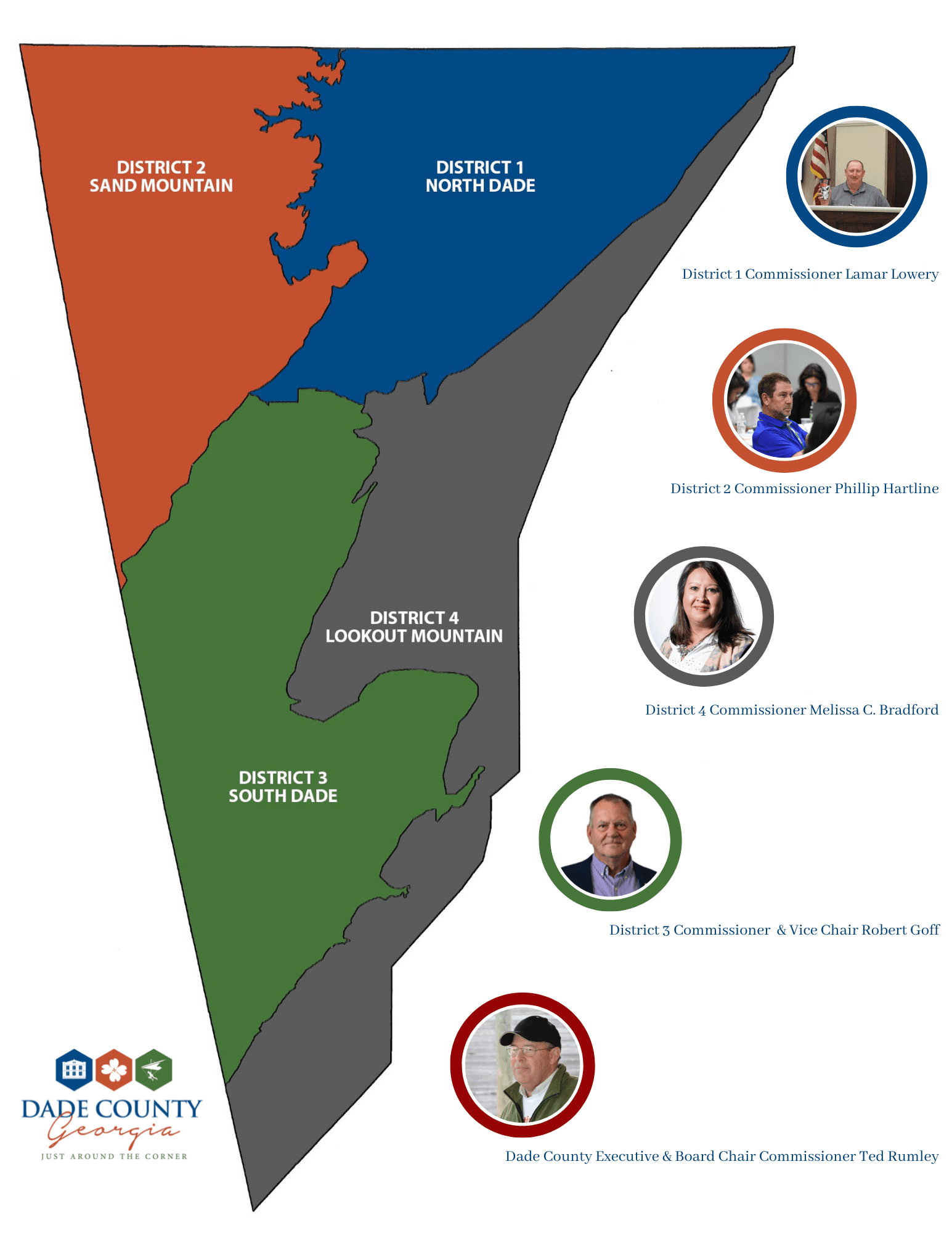